Hop Revolution: The Next Chapter in New Zealand Hops

As far as revolutionaries go, a plant scientist is one of the more unlikely candidates. But Susan Wheeler isn’t your typical plant scientist. Behind the inviting smile and warm laugh, beyond the Ph.D. and an encyclopedic knowledge of flora, is a steely woman intent on reshaping New Zealand hops and the beer industry – without regard for what conventional wisdom says can or can’t be done.

The founder of New Zealand’s Hop Revolution, one of Crosby Hops’ independent growing partners, Susan has used intelligence, curiosity, passion, and a bit of a rebellious streak to make a big impact in a short amount of time.

After receiving her doctorate in viticulture research (the study of the cultivation and harvesting of grapes), Susan found herself at a crossroads. For almost any other newly minted viticulturist, the natural next step would be a promising career in the booming New Zealand wine industry. But, as is her trademark, where others would have zigged, Susan took a risk and zagged.

“It’s pretty sacrilegious to say in New Zealand, but I found Sauv 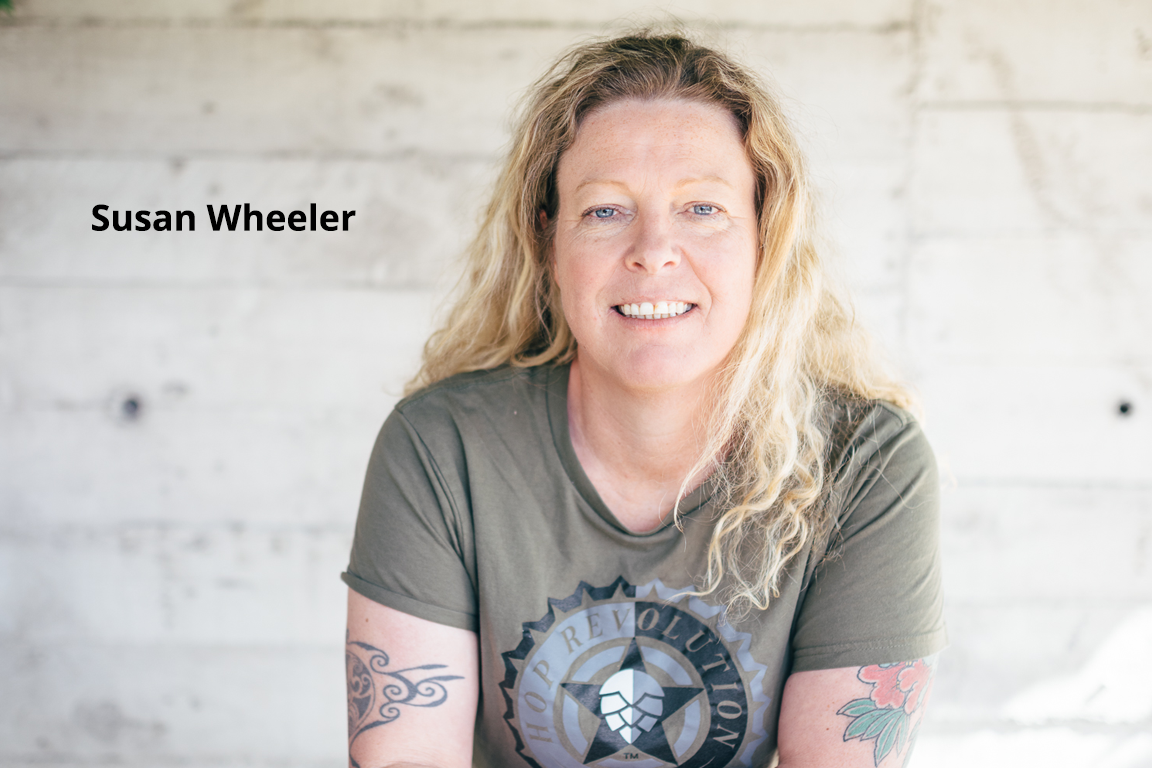 Blanc boring to study,” she says, “and so I looked around for where else I could put my knowledge to use.”

A love of beer and a research grant led her to hops. To that point, and still today, commercial hops were grown exclusively in the Nelson region of New Zealand. But while history and more than a few experts said they could only be grown there, Susan’s research would focus on identifying other regions where new hops could be cultivated.

Rebels of a Feather

Susan’s research connected her to a kindred spirit with a rebellious streak of his own, and a legendary story to go along with it. In 1981, Terry McCashin, a former All Black rugby player who was unhappy with the beer available to him, applied for a brewing license and started Mac’s Beer.

That’s a relatively common story today among brewers. However, in 1981, New Zealand was home to two breweries that dominated every aspect of kiwi beer, Lion Nathan and Dominion Breweries. In fact, prior to Terry, nobody had even applied for a brewing license in New Zealand for over 50 years.

Regarded as a craft beer pioneer, in Terry, Susan found inspiration and support, and a grander vision for Hop Revolution.

“When I met Terry,” she says, “he thought big and wasn’t scared to take on big challenges.” 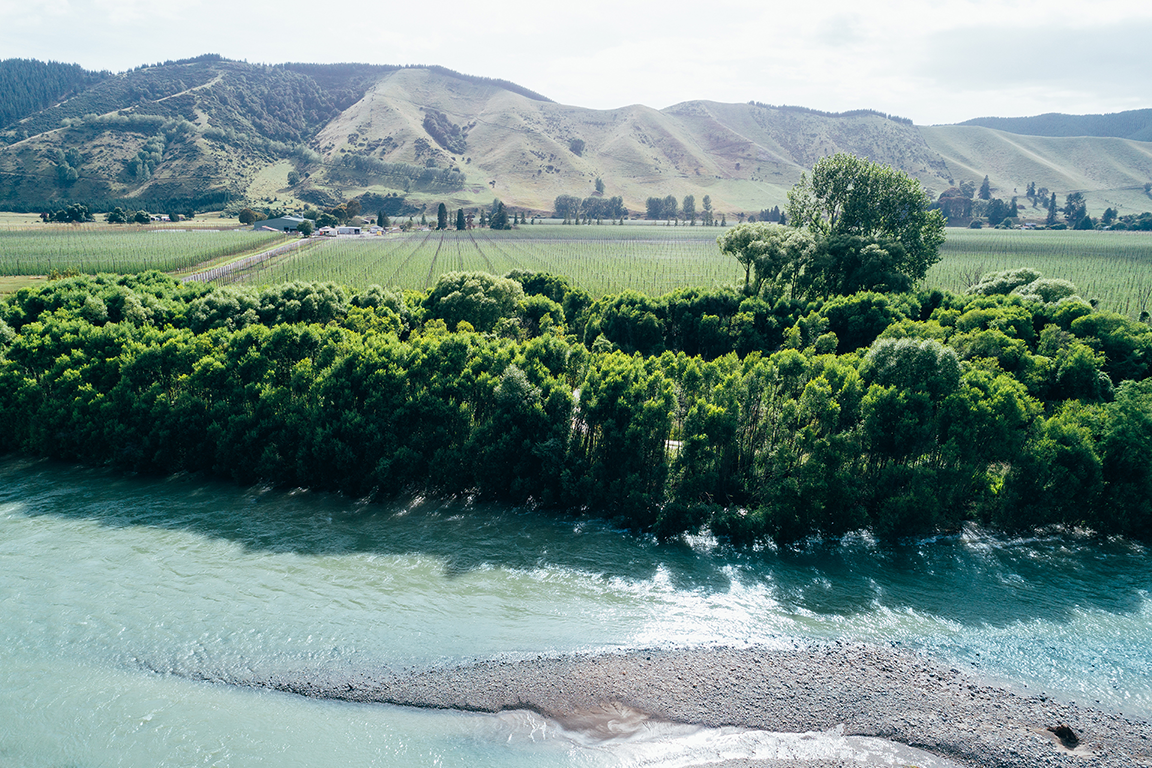 Terry believed Hop Revolution could, and should, be a larger endeavor. Hop Revolution undertook developing what at the time was the largest green field hop development in New Zealand.

Started in 2017, that 150-hectare lot became Hop Revolution’s Tapawera hop garden, New Zealand’s largest single-site hop farm. It had its first full harvest in the autumn of 2020. A second 170-hectare farm, Wairua hop garden, was added the following year and produced a partial harvest in 2021.

When asked to name her favorite hops, and whether the task is akin to singling out a favorite child, Susan offers the telltale laugh of someone who indeed thinks of her hops as individuals with distinct personalities.

Rather than identify her favorite, she goes straight to the troublemaker. “I have an ongoing love/hate relationship with Riwaka – it will see me gray,” she says, noting that the variety is fickle and responds poorly to subtle changes in climatic conditions. “But it is loved by brewers and the number of emails we get asking for it is astounding.” 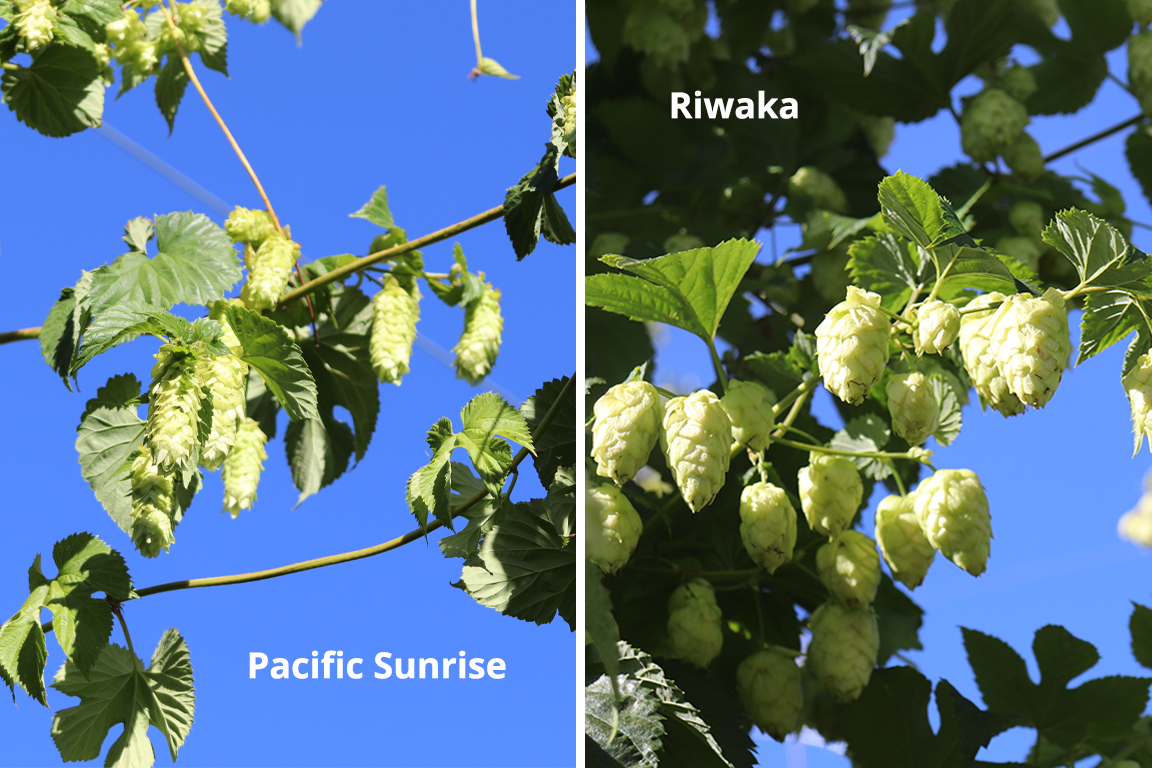 Still, if there’s one variety that encapsulates Hop Revolution’s ethos, it’s Pacific Sunrise. First bred over 20 years ago, Pacific Sunrise never found a following. It was a hop that nobody wanted and brewers wouldn’t use. Its rejection was so complete, in fact, that it wasn’t grown commercially anywhere until Hop Revolution resurrected it.

The risk paid off. With a stunning profile that features a tropical hit of melon, mango, stone fruit, and a jammy sweetness, Pacific Sunrise has found a legion of fans in brewers and consumers that have gone all-in on fruit-forward IPAs and pale ales.

Even with its resurgence, Hop Revolution is the only grower that produces Pacific Sunrise.

While a partnership between Hop Revolution and Crosby may have been fated, it was sealed by the pandemic.

The two teams first met in August 2017 when Hop Growers of America arranged for Hop Revolution to visit Oregon hop farms, including Crosby Hops. This was before they had even started planting Tapawera and seen hop farms the size of Crosby.

Afterward, Susan and Blake Crosby – President and CEO of Crosby Hops – stayed in touch, with Susan often emailing him questions about hop growing. “He was always helpful even when I was probably asking dumb questions,” she says.

In 2019, Susan and Jason Judkins, Hop Revolution’s then CEO, visited again for Crosby’s annual harvest party. While enjoyable, it was also an educational and enlightening experience.

“We were about to embark on our first harvest, and I was setting up our own in-house lab and sensory facility,” says Susan. “And again I turned to them for help. We were also in the process of becoming the first New Zealand hop farm to gain GlobalG.A.P. certification, and I peppered Blake with queries since they were already certified.”

When COVID struck in 2020 – during their first harvest – the Hop Revolution team found itself isolated in New Zealand. With travel all but impossible, they were unable to meet with U.S. brewers and introduce them to their hops. When they reached out to Crosby Hops for support, it was a natural match. The alignment of values, vision, and commitment to quality was a perfect fit, and Hop Revolution became one of Crosby’s partner growers.

Following harvest, Hop Revolution sends Crosby baled hops that are then processed and pelletized in our facilities. In fact, Crosby Hops processes all of their Revolution Blend, a stunning mix of Nelson Sauvin, Motueka, Pacific Sunrise, and Riwaka. 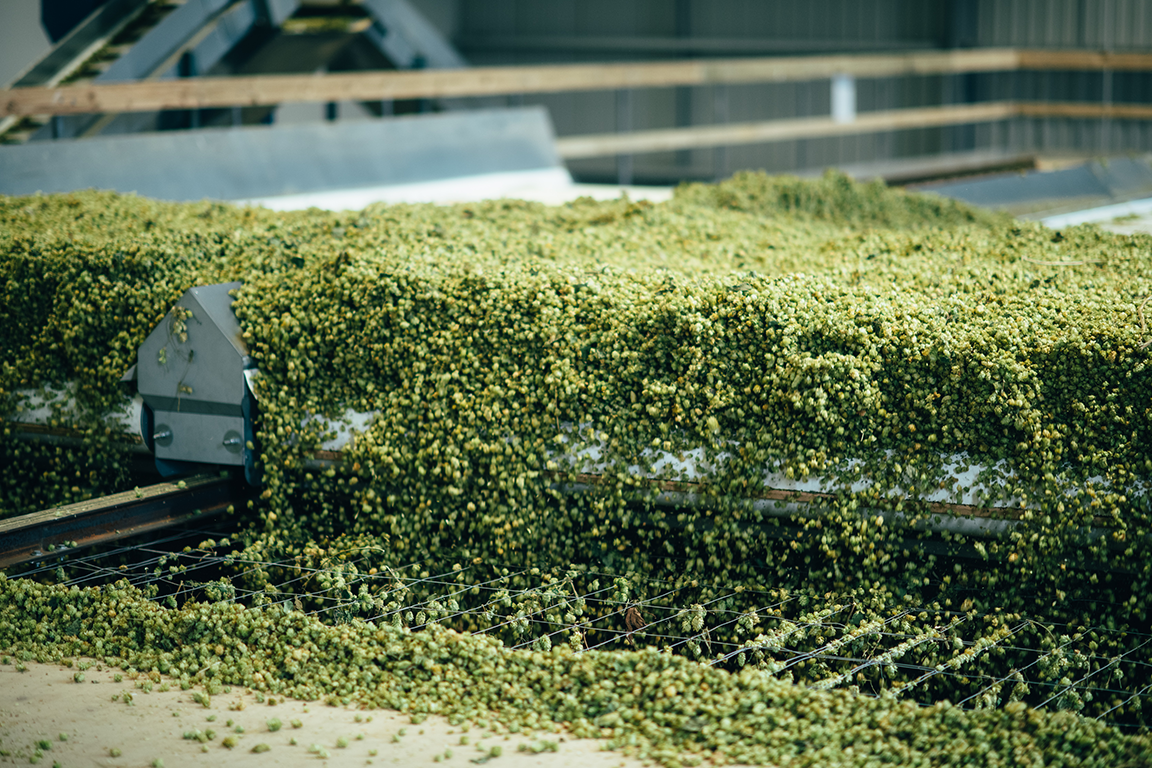 At a time when they were unable to spread their message and engage with U.S. breweries in person, Crosby put Hop Revolution hops in the hands of brewers so that they could try these amazing varieties.

“It was invaluable during those uncertain times,” Susan says.

It’s a mutually beneficial relationship. Having access to these stunning hops to offer to our customers is an honor and a privilege. The fact that Hop Revolution and its team is an incredible group that represents everything we value in a partner just makes the relationship that much more special.

The Revolution Will Be Collaborative

Because Hop Revolution’s first harvest took place just as the pandemic hit, they’ve had little opportunity to host or visit brewers, let alone get the kind of in-person feedback that fuels collaborative relationships. In that sense, Hop Revolution’s not unlike a band that has created a killer album it hasn’t been able to tour behind.

In music and in beer, that live feedback and energy is everything, offering in-the-moment feedback of what’s working and what needs refining. While Susan and her team have enjoyed building relationships with brewers remotely from the other side of the world, it’s that in-person collaboration Hop Revolution craves.

In brewers, she sees like-minded people with a passion for their work and a willingness to take risks. “For many, brewing isn’t their first career,” Susan says. “It’s a passion that they decided to build their life around. They have that same desire to take on dreams and challenges.”

In the months and years to come, she hopes to collaborate closely with U.S. brewers, getting feedback on the varieties Hop Revolution produces and using their preferences to inform future cultivation.

That includes using the terroir and pick windows across their hop gardens to produce nuances within individual varieties to allow brewers a spectrum of flavors to work with. It’s something they’re just beginning to wrap their minds around. Although close together, Hop Revolution’s fields are drastically different from one another. With both farms yielding full harvests in parallel this year, they’re eager to see the differences in sensory notes and how brewers respond to them.

Susan envisions a day when she’s able to work closely with individual brewers to identify what they like and then cultivate the hops to meet their preferences.

The unconventional journey, a passion for collaboration and creativity, the commitment to quality, and the unending pursuit of perfection – in Hop Revolution brewers will find the same spirit that drives them and the beer community.