Four Takeaways From the 2021 Hop Harvest

Every growing season presents its own unique set of conditions that impact a particular crop and influence the hops we harvest and the beers you brew. It’s what makes each crop year so distinctive and makes what we do so special, satisfying, and challenging.

The 2021 growing season was no different. Hit with a historic summer heatwave that scorched the Pacific Northwest, this year’s crop faced challenges not seen in generations, if ever. Given that hops grown here typically thrive in mild climates, there was concern that the extreme conditions could adversely impact this year’s harvest, in general, and individual varieties, specifically.

However, the resiliency of the plants and the professionalism of our team helped deliver a nice crop that hit expectations. Yet looking at harvest through the lens of individual varieties, it’s a somewhat different story. While some varieties did exceptionally well, others clearly suffered due to the heat. Here are four takeaways from our 2021 hop harvest.

All things considered, we’re pleasantly surprised with the yield from this year’s harvest. No, it wasn’t a banner year, nor would we label it a bumper crop, but we hit our marks. Considering the severity of the heat wave and fears about potential shortfalls, this year’s volume was fairly good.

For individual varieties, it was more of a mixed bag. The heat impacted some varieties more so than others, but many of our hops produced well. While it will be some time before we have specific numbers related to yield and availability compared to previous years, some initial observations from the harvest suggests:

Aside from yield, the heat wave also threatened hop quality. The heat caused some varieties to flower early before the plant reached full maturity, which raised concerns about how it would affect expressiveness. Overall, however, quality was at a consistently high level. Pick windows were normal, aromas had good intensity, and we saw good analytics in terms of total oils and alpha acids.

To that end, a number of varieties delivered impressive lots. Our Centennial, Amarillo, Strata, and Comet lots were smelling very well and true to brand. Our sensory team noted that Chinook, in particular, is smelling incredibly expressive. What’s also notable is that the El Dorado we harvested has already received great feedback from brewers.

For the hops grown on Crosby Hop Farm, the consistently high level of quality was aided by several contributing factors:

It’s only our second year growing this funky little hop, which exhibits crazy tropical and spicy aromas and is as expressive and unique as Frank Zappa, the inventive one-of-a-kind musician who is the inspiration behind the name. Year two was a good harvest for this hop. Zappa smells beautiful and yielded more than expected, which means we’ll ideally have a surplus to offer on the spot market.

Interestingly, Zappa is a neomexicanus hop that originated in the warmer, drier climate of New Mexico. That lineage could be one reason Zappa fared well in the heat and provide valuable insight into breeding heat-resistant hops that can thrive in extreme climates.

Oregon, and Crosby Hop Farm in particular, is just one piece of the Pacific Northwest hop puzzle. With harvest in Washington and Idaho ongoing, we don’t yet have a complete picture of how growers in those areas fared, making it difficult to say how the 2021 crop will affect the beer industry.

However, we are able to forecast what it means for our customers. The volume and quality of this year’s harvest suggest that breweries with hop contracts will be in good shape. Not only will contracts be met, but the hops will be of strong quality. That being said, because this wasn’t a banner crop in terms of volume, there could be challenges sourcing some varieties on the spot market.

Although it’s only based on anecdotal evidence from the field, we suspect this will hold true for hops across the Pacific Northwest.

The heat impacted the entire region, albeit to different degrees. While Oregon saw excessive heat, it was not to the same extent as Yakima, which endured higher temperatures for longer periods. We also didn’t experience any of the drought that posed a challenge to Idaho growers. The coming weeks will provide more clarity on how these differences affect each region’s harvest, the specific regional varieties, and the market at large. 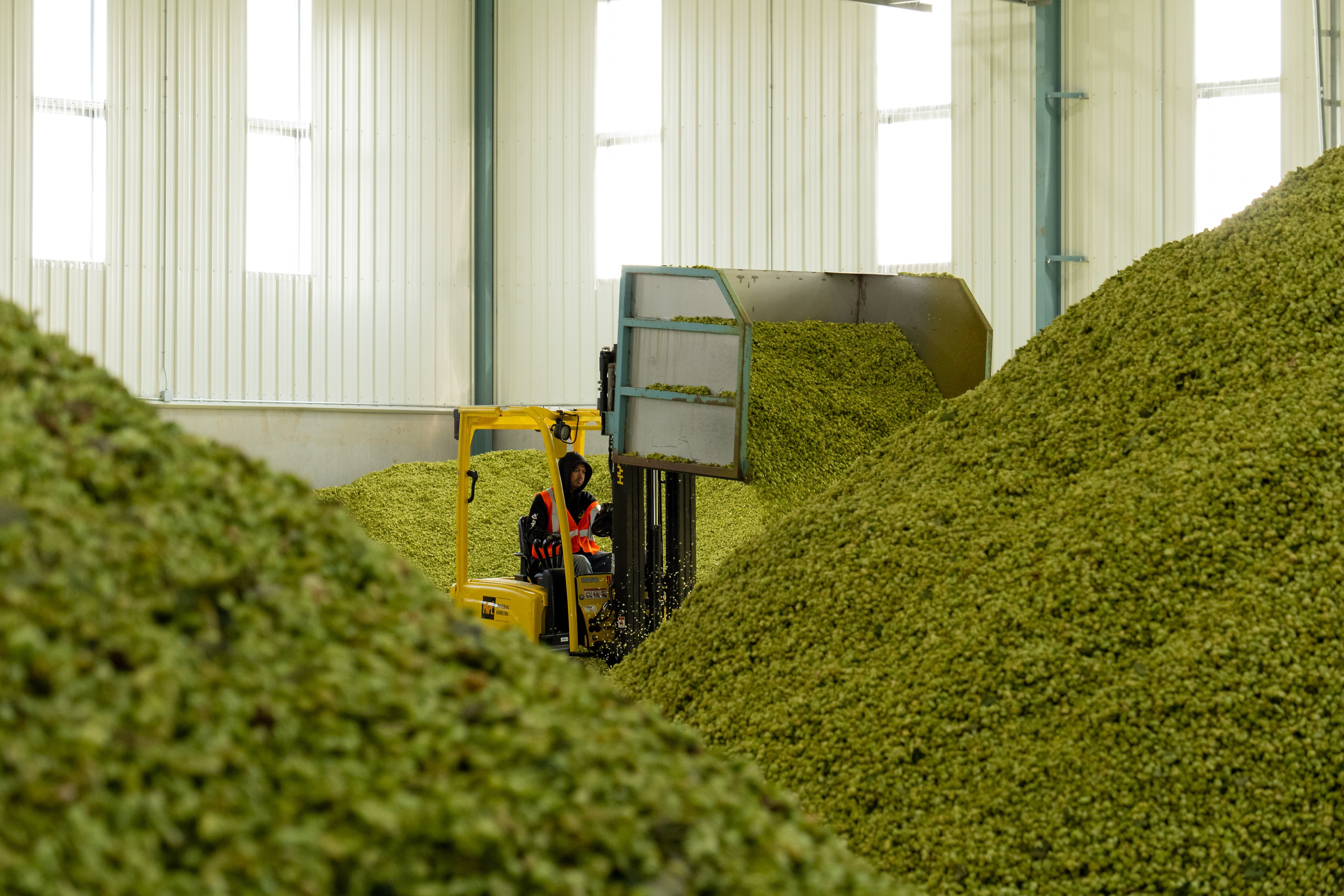 2021 Was an Important Lesson in Supply Chain Resilience

The 2021 hop harvest was a success, and one we feel very good about. In many ways, it was a reflection of the incredible resiliency of hops and the effectiveness of the practices, processes, and team we’ve built. But it was also a stark reminder of how vulnerable crops are to environmental forces.

The extreme heat encountered during the 2021 growing season, and a rapidly changing and increasingly unpredictable climate, underscore the need to partner to ensure you have access to high-quality hops. It’s also an important lesson on managing risk through supply chain resilience. To reduce the risk of impacted hop supply and brewing schedule due to an event in one region, rethink how and where you source hops.

Supply chain resiliency can be achieved by:

In these scenarios, should a specific variety or an entire harvest encounter challenges in one region, you will still have access to hops from another growing region.

Manage Your Hop Portfolio With One Click Using the Brewer Portal