The Perfect Hop Harvest Trip Starts and Ends in Portland

Every fall, brewers make the journey to Yakima, Washington for hop harvest. It’s an annual rite of passage, with brewers from across the world descending on this agricultural community.

It’s also a journey that follows a predictable path. Everyone flies into Seattle and makes the two-and-a-half-hour trek southeast where, in between selecting hops, they fill the local bars and eateries.

But there’s another route, via Portland, that allows brewers to expand their hop selection while staying in a vibrant beer-centric city that delivers a unique experience different from Yakima.

The New Route To Hop Selection

While selection is an opportunity for brewers to assess the freshly  harvested hops that will go into their future beers, there’s also an undeniable social element to it. Harvest is a chance to connect with growers, peers, and suppliers over a beer and get a pulse on trends and topics making waves in this ever-changing industry.

With a great view of Washington’s second-highest peak, Mount Adams, Yakima offers the kind of wide open spaces that provide a refreshing reprieve from the nonstop chaos that defines the days of many brewers. As the beer industry converges on the region, there’s also the opportunity to build camaraderie, forge relationships, and let loose with like-minded people.

Like many creative professionals, brewers feed off of inspiration. It’s great to chat with other brewing professionals, but one look at the typical tap list shows that brewers draw inspiration from diverse and varied sources – from music and food to art, travel, and nature.

Hitting hop harvest via Portland expands on the experience. By using Portland as home base, brewers can easily attend hop selection in Washington and Oregon without adding extra travel.

The traditional hop harvest trip begins in Seattle and is followed by a two-and-a-half-hour drive to Yakima, where you stay until it’s time to retrace your steps and fly home. But there’s an alternative. If you fly into Portland, the drive to Yakima extends by 30 minutes, except your trip can now include:

Above: TopWire Hop Project Below: Hopyards at Crosby Hop Farm 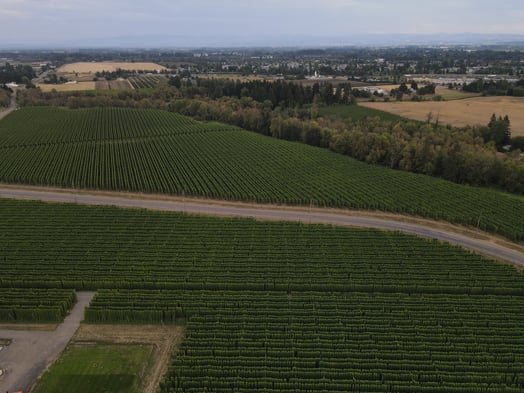 The itinerary for the perfect Pacific Northwest hop harvest trip looks like this:

>> Crosby Hops is located conveniently just off of the highway in Woodburn, Oregon

>> Return to Portland to explore some more

>> Return to Portland for a final night of fun

That’s just a barebones outline. Depending on your interest, each stop offers innumerable ways to pass the time. To help you make the most of your trip, here are some suggestions for things to do on each leg of the trip.

Portland is the focal point of this itinerary, and for good reason. It’s a bustling city bursting with energy and things to do. For brewers that want to explore the beer and food scene, this is one of the best in the country. For those that want to go beyond beer, there’s plenty more to be had in PDX. Here are a handful of recommendations.

Breweries – Call it market research or continuing education, but you need to check out the amazing things going on in the Portland beer scene, and these breweries are a great place to start.

Beer Bars and Bottle Shops – Whether you want to grab beers to enjoy in your hotel or to take home with you, these shops offer impressive curated selections.

Food – Portland boasts a creative and diverse culinary scene that will leave you with some tough decisions come mealtime. Here are some casual dining suggestions to consider between beer tastings.

Coffee – Most brewers drink nearly as much coffee as beer. It just so happens that Portland is pretty damn good at brewing coffee, too. Check out these roasters to get your fix and power through the day.

Other Things To Do

In addition to a vibrant food and beverage scene, Portland is bursting with creative energy and natural wonder. For those that want to break up the eating and drinking with some intellectual stimulation and physical activity, here are some recommendations. 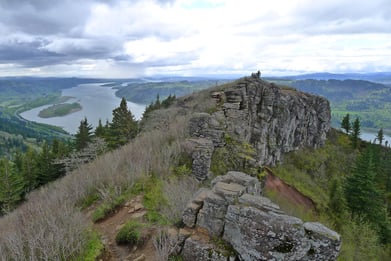 This is just a taste of what Portland has to offer. See below for a deeper dive into Portland, including what spots to check out in some of the city’s notable neighborhoods.

Just a 40-minute drive from Portland and nestled in the Willamette Valley, Woodburn is home to Crosby Hops. Flying in via Portland gives you the opportunity to enjoy hop selection with us and with the growers in Yakima. 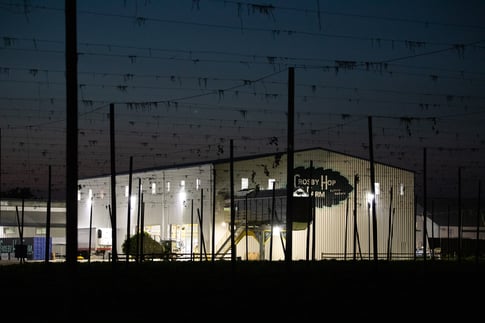 Known for world-class Pinot Noir and beautiful estate vineyards, Willamette Valley boasts an array of wineries that will satisfy the palate of any wine aficionado. A few of our favorites include:

A benefit of driving from Portland to Yakima is the ability to stop in Hood River along the way. An hour outside of Portland on I-84, Hood River is a great stopping point and home to breweries you’ll absolutely want to stop for.

You’ll have your hands full doing hop selection with Washington growers, but these spots offer a great option to kick back while you’re in Yakima.

A Brewer's Guide to Portland Neighborhoods and Hot Spots

Since you’ll find yourself spending a good amount of time in Portland, it’s worth doubling back and diving deeper into the city. Here’s a breakdown of the city’s layout along with some select neighborhoods to explore and their must-visit spots.

Portland is divided up into six quadrants – that’s right, six quadrants. Consider that your first tourist tip: Portland keeps it weird, even with math. Here’s how locals refer to which part of Portland they’re in.

Here’s a quadrant by quadrant breakdown of neighborhoods to check out, along with their notable destinations.

Lunch: Por Que No, Harlow (Get the Black Majik Smoothie)

Beer: Away Days Brewing (for the English soccer enthusiasts)

Lunch: The Bite on Belmont

An Experience That Benefits Brewers and Their Brewing

Much in the same way that emerging hop varieties have opened up a new world of beer options, traveling through Portland opens up a novel and unique way to experience hop selection. The ability to attend hop selection with Oregon and Washington growers while enjoying a variety of experiences and building connections in Portland has benefits for brewers and their beer that go well beyond what the typical trip offers.